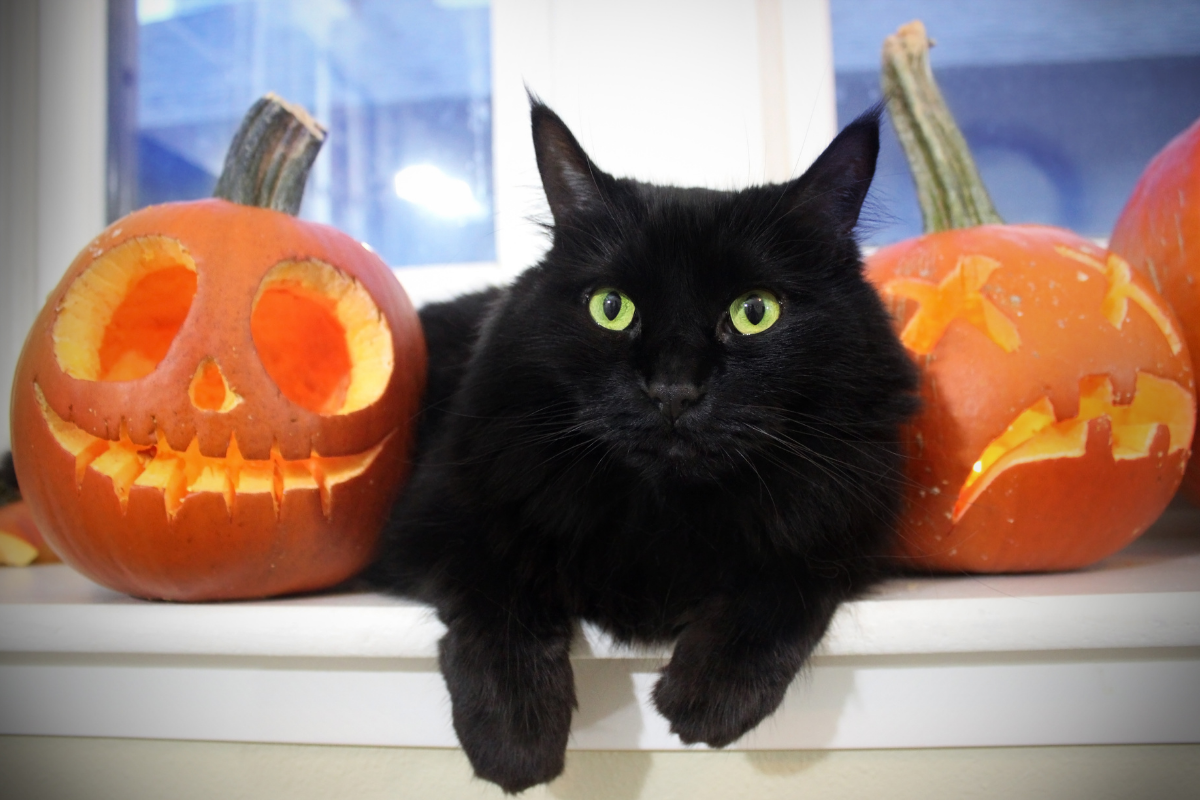 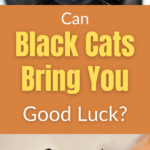 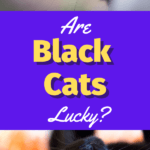 Have you ever wondered why are black cats lucky? They haven’t always had such a good reputation though, and there are many myths and legends surrounding them. In this post you’ll discover why black cats are lucky and some of the most popular black cat breeds. Interestingly, the reason why black cats are so common is down to genes.

There is a slight prevalence of black male cats to female, and you’ll often find they have yellow or gold colored irises. This can give a stunningly beautiful appearance. Of course, all cats are wonderful pets and owning a black cat won’t actually attract luck. That is down to you, your self belief and attitude.

Worshipped by the Egyptians

If you lived in ancient Egypt you’d face severe punishment for killing a cat. (I actually think this rule should be reinstated for those who deliberately harm dogs or cats!)

In particular black cats were held in the highest esteem. This was because they had a similar appearance to the Egyptian goddess of fertility.

In the UK it’s considered good luck if a black cat crosses your path, and having one in your home will bring good fortune. Before you go go and adopt one though you need to give it careful consideration. Adopting any pet on a whim is never a good idea which is why sadly, many end up in shelters.

Black cats have been associated with magical powers for centuries. Unfortunately, in the middle ages, they were associated with witchcraft. During those times all witches were considered evil, and their cats were seen as familiars. In actual fact, most witches had good intentions, focusing on healing and helping others.

Black cats were seen as witch’s messengers and believed to deliver spells to witch’s victims. In addition, they were also thought to keep unwanted spirits away.

In fact, in China, you may see black Maneki nekos inside homes as it’s believed they ward off evil spirits. (These are beckoning cats with one paw lifted up) Additionally, in both Japan and China, black cats are believed to attract wealth.

When we think of Halloween many of us conjure up images of witches flying through the air on broomsticks with black cats perched on the end. These symbols evolved from ancient beliefs that the dead roam the earth on all hallows eve. As black cats were associated with death and all things spiritual, they became a modern day symbol.

Walk through supermarket isles in October and you’ll find an array of merchandise with black cats, including costumes and outdoor decorations.

It’s believed, black cats as well as all felines, possess heightened senses. Many can sense energy whether good or bad, and will often steer clear of negative people, or those who give off bad vibes.

Black cats weren’t always considered lucky and you’ll find some people even today who believe they bring misfortune or even death. Fortunately though, they are in the minority, and very few can resist the beauty and charm of a black kitty.

Why black cats are born lucky!

It’s been found that genetic mutation causing a cats fur to be black also provides protection against certain diseases. In addition, findings show the same genes that make a cat’s fur black are also found in those that cause resistance to human HIV.

Apart from AIDS, you’ll be interested to know black cats may also have a natural resistance to some cancers. More research is being carried out to determine if the the same gene that causes humans to become resistant to HIV can also protect black cats from feline HIV.

Black cats are also lucky as they can easily camoflage themselves at night. If you own a black cat you’ll know how hard it is to find her outside once it gets dark.

Even my black and white kitty blends into the bushes after dark! Fortunately, he stays indoors at night so I rarely have to go and look for him.

As black cats can’t be easily seen in the dark they often enjoy great luck as hunters. However, their prey aren’t as fortunate since they can’t see them coming!

Get a black cat and improve your love life!

In Japan, it’s believed if a single lady owns a black cat she’ll attract handsome guys into her life. I can’t guarantee this will happen to you if you’re a single girl, but any guy who likes cats is worth dating:)

What breed of black cat should you get?

If you want to attract luck into your life and would love a black cat, you’ll easily find one in your local shelter.

In fact, you may be spoilt for choice! You’ll probably have the option of a short or long haired black cat. In addition, a black and white tuxedo kitty can make a very loving pet. They’re also believed to bring good fortune, nd if it’s anything to go by, my wealth has slowly started to increse since adopting my tuxedo!

Not instantly, but gradually over the past two years. Of course, this is all down to hard work, but it would be nice to think he played a tiny part in it!

If you want to adopt a pedigree black cat you could always consider a bombay kitty. These are stunningly beautiful and an oriental breed. If you’d prefer a fluffy black feline a persian may be your preferred choice.

Alternatively, if you like the idea of owning a large size kitty, you could always think about adopting a black ragdoll. These are huge and the giants of the cat world. Find out about Ragdoll cats here

Invite a black cat into your life!

Now you know the answer to “why are black cats lucky” you may decide to invite one into your life! All cats are adorable and give so much love and companionship.

However, black cats have a sleek beauty that has a way of finding a way into your heart. You may recognise some very famous black cats that have appeared in films and tv programs. For example, Salem in the comedy “Sabrina the teenage witch“, Felix, and Cole in Cole and Marmalade.

Whether you decide to adopt a black cat or any other type, remember, it’s a lifelong commitment. You can expect an average cat to live anywhere from 13 years to late teens or twenties.

Wishing you a purrfect day:)

Categories: All About Cat Breeds, Miscellaneous

10 thoughts on “Why Are Black Cats Lucky?”